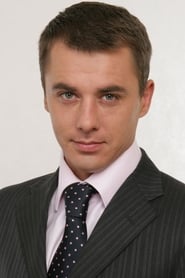 Igor Petrovich Petrenko (Russian: И́горь Петро́вич Петре́нко) is a Russian actor of cinema and theater. In 2002 President of Russia, Vladimir Putin gave him The State prize of Russia.

Was born on August 23, 1977 in Potsdam (GDR) in the family of the Soviet soldiers. His father Pyotr Vladimirovich Petrenko was a lieutenant colonel, and in addition to military service,... Read more