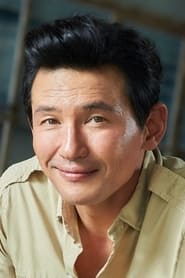 Hwang Jung-min (황정민) is a South Korean actor. He was born on September 1, 1970 and began his career in musical theatre, making his acting debut in Line 1 in 1995. He then starred in various musicals and plays in Daehangno such as "Jesus Christ Superstar" and "Cats".

Despite a career on stage, Hwang had difficulty transitioning to film. He went through a long struggle for recognition,... Read more