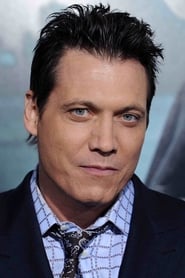 Holt McCallany (born Holt Quinn McAloney; September 3, 1963) is an American actor, writer, and producer. He is known for portraying Bill Tench on the series Mindhunter (2017–present) and has had several supporting roles in various television series and films. His first job in the professional theater was as an apprentice actor at the Great Lakes Shakespeare Festival in Cleveland, Ohio, in... Read more