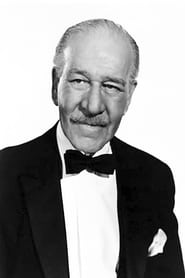 Henry Stephenson Garraway (16 April 1871 – 24 April 1956), sometimes credited as Harry Stephenson, was a British stage and film actor. He portrayed friendly and wise Gentleman in many films of the 1930s and 1940s. Among his roles was Sir Joseph Banks in Mutiny on the Bounty (1935) and Mr. Brownlow in Oliver Twist.

Stephenson was educated in Rugby in Warwickshire and started... Read more