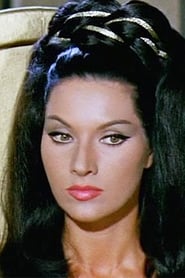 Helga Liné, was born July 14, 1932 as Helga Lina Stern in Berlin, Germany. When Hitler invaded the major part of Europe and extended his pursuit of Jews in their territories, Liné became one of many child refugees who made the dangerous exodus to Portugal for safety. There, she worked as a circus acrobat, contortionist and dancer and landed film roles as a teen and young adult after winning... Read more