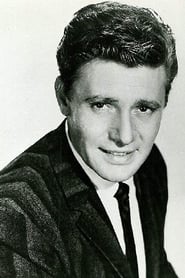 Harry Guardino (December 23, 1925—July 17, 1995) was an American actor whose career spanned from the early 1950s to the early 1990s. In 1964, he was cast in a short-lived CBS series entitled The Reporter, a drama about a hard-hitting investigative journalist named Danny Taylor. His principal co-star was Gary Merrill as city editor Lou Sheldon.