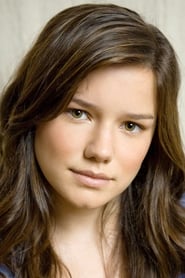 Hanna Mangan-Lawrence (born 5 March 1991 in London, England) is an Australian and British actress, best known in Australia for her role as Holly in the drama series Bed of Roses in which she received an AFI Award nomination in 2008 and a Logie Award nomination in 2009, and internationally as Seppia in the Starz historical drama Spartacus: Vengeance.