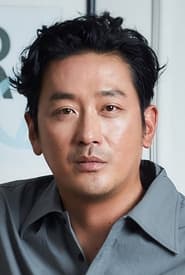 Ha Jung-woo (Korean: 하정우; born Kim Sung-hoon on March 11, 1978) is a South Korean actor, film director, screenwriter and film producer. One of the highest grossing actors in South Korea, Ha's starring films have accumulated more than 100 million tickets. Only 3 other actors have reached this milestone, with Ha being nearly a decade younger than the rest when achieving this.