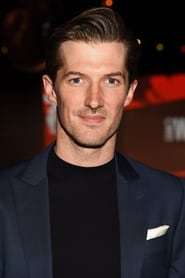 His first starring role was in the 1997-1998 television adaptation of the Animal Ark books. Aged 16, he started working on Richard III with the... Read more