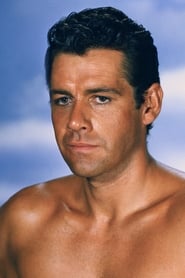 Gordon Scott was an American film and television actor known for his portrayal of the fictional character Tarzan in five films (and one compilation of three made-as-a-pilot television episodes) of the Tarzan film series from 1955 to 1960. Gordon Scott was the eleventh Tarzan, starting with Tarzan’s Hidden Jungle. He was "discovered" poolside, and offered "a seven-year contract, a loin cloth,... Read more