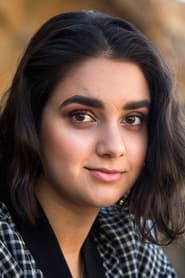 Geraldine Viswanathan (/ˌvɪswəˈnɑːθən/ VISS-wə-NAH-thən) is an Australian actress. She gained attention in the role of Kayla in the 2018 film Blockers, for which Refinery29 referred to her as "the film's breakout star." Viswanathan went on to star as the lead in the 2019 coming-of-age film Hala, along with co-starring in Bad Education. She co-stars in the TBS comedy anthology,... Read more