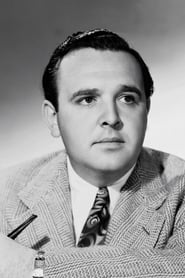 George Sidney (October 4, 1916 – May 5, 2002) was an American film director and film producer who worked primarily at Metro-Goldwyn-Mayer.

Sidney was assigned to direct the Our Gang comedies in 1938. After a year of working on these shorts, he moved on to the Crime Does Not Pay series and popular Pete Smith specialties. He graduated to directing features in 1941. He then worked his way into... Read more