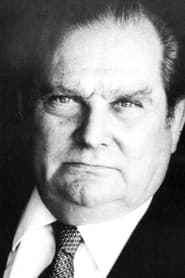 Geoffrey Copleston was an English actor who settled in Italy in the late 1950's. He became heavily involved with the Italian English dubbing industry and his voice can be heard in hundreds of films. He continued physical movie and TV performances as well, almost exclusively in Italian productions or American films made in Italy. He is best remembered for his performance as the chief villain in... Read more