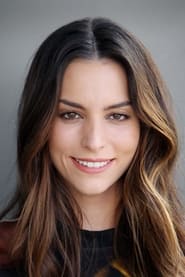 Génesis Rodríguez Pérez (born July 29, 1987) is an American actress. She is known for her roles in the Telemundo television telenovela series Prisionera, Dame Chocolate and Doña Bárbara. She also played Becky Ferrer on Days of our Lives. She has also starred in the films Man on a Ledge, Casa de Mi Padre, What to Expect When You're Expecting, and The Last Stand.