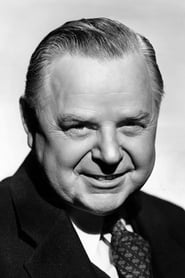 Edwin Eugene Lockhart (July 18, 1891 – March 31, 1957) was a Canadian-American character actor, singer, and playwright. He also wrote the lyrics to a number of popular songs. He became a United States citizen in 1939.

Born in London, Ontario, the son of John Coats Lockhart and Ellen Mary (née Delaney) Lockhart, he made his professional debut at the age of six when he appeared with the... Read more