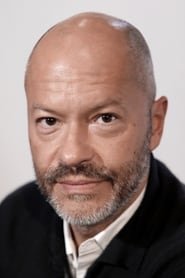 Fyodor Sergeyevich Bondarchuk (born 9 May 1967) is a Russian film director and actor. He is the director of the acclaimed film The 9th Company, and producer of the 2006 film Heat, where he starred as himself with his mother Irina Skobtseva.

He is the son of director Sergei Bondarchuk (who co-starred with him in Boris Godunov) and Irina Skobtseva, half-brother of Natalya Bondarchuk, and... Read more