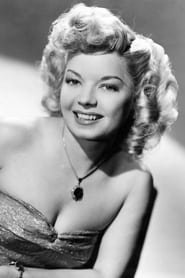 Frances Langford won fame on radio (primarily as Bob Hope's vocalist, later sparring comically with Don Ameche as "The Bickersons"), via recordings and in the movies. In spite of the fact that she played mostly in minor musicals (plus appearing occasionally in "A" productions, including Yankee Doodle Dandy (1942), This Is the Army (1943) and The Glenn Miller Story (1954)), she introduced major... Read more