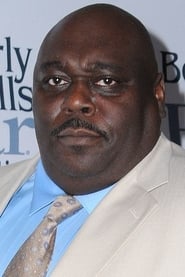 Faizon Andre Love was born June 14, 1968. An actor and comedian, he is best known for roles in the films Friday, Elf, and Couples Retreat. Love got his start as a stand-up comedian and made his acting debut Off-Broadway at the age of nineteen. His motion picture debut, Bebe's Kids had him providing the voice of late comedian Robin Harris. He then had a role in The Meteor Man starring Robert... Read more