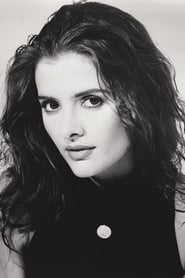 Fabiana Udenio (born December 21, 1964) is an Argentine character actress and sex symbol who has appeared in film and on television. She is best known for her role as "Alotta Fagina", a Bond girl parody in Austin Powers: International Man of Mystery.

Udenio was born in Buenos Aires, Argentina and moved to Italy where at the age of 13 was crowned "Miss Teen Italy". Fabiana's film roles... Read more