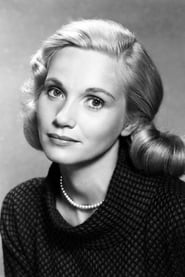 Eva Marie Saint (born July 4, 1924) is an American actress who has starred in films, on Broadway, and on television in a career spanning seven decades, she's known for bringing emotional depth and complexity to her roles, in which she generally played women who appear fragile but have great inner strength. She won an Academy Award for Best Supporting Actress for her performance in the drama... Read more