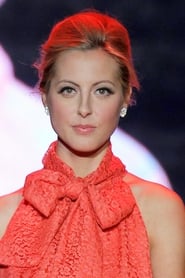 Eva Maria Livia Amurri (born March 15, 1985) is an American actress. Amurri had a role in the 2002 film The Banger Sisters, in which her mother starred. She guest-starred, along with her mother, on an episode of Friends in Season 7 ("The One with Joey's New Brain") in which she is slapped by Sarandon. In 2004, she appeared in Saved! (also starring Mandy Moore and Macaulay Culkin). She... Read more