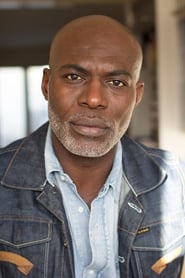 Eriq Ebouaney is a French film actor. He is best known for his portrayal as the Congolese President Patrice Lumumba in the 2000 film Lumumba, as "Blacktie" in Brian De Palma's Femme Fatale and as "Ice" in the 2008 action film Transporter 3 in which he starred opposite Jason Statham.