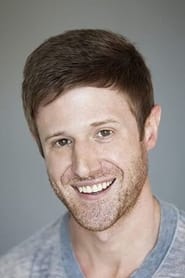 Eric Joseph Jungmann (born December 2, 1981) is an American film and television actor perhaps best known for his role of Jain McManus in Night Stalker. He also had a recurring role of Ivan, Larry Beale's yes-man in the Disney Channel original sitcom Even Stevens. In 2007, he appeared in a Wendy's commercial.

Jungmann was born in Orlando, Florida, the son of restaurateurs Janet and Jim... Read more