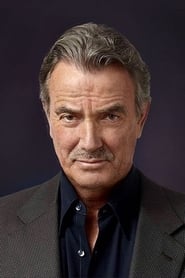 Internationally-acclaimed, Emmy Award-winning and People’s Choice Award-winning film and television actor ERIC BRAEDEN is a television icon and arguably the most popular character in daytime history. For over 37 plus years, he has portrayed “Victor Newman” on the #1 rated daytime drama series The Young and the Restless, which has over 120,000,000 daily viewers around the world. The show... Read more