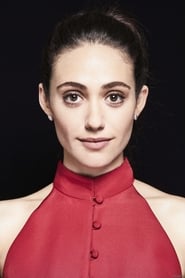 An American actress and singer-songwriter. She first starred in a string of movies including Songcatcher (2000), An American Rhapsody (2001) and Passionada (2002). Her role in Mystic River (2003) garnered her wider fame. She then starred in the blockbuster film The Day After Tomorrow (2004) and The Phantom of the Opera (2004) for which she was nominated for a Golden Globe. She has since... Read more