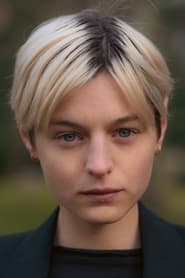 Emma-Louise Corrin is an English actor. They are best known for portraying Diana, Princess of Wales, in the fourth season of the Netflix period drama programme The Crown. For their performance on the show, they won a Golden Globe Award for Best Actress Television Series Drama.