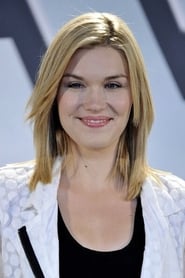 Emily Rose is an American actress who is known for her roles as Audrey Parker from the Syfy television show Haven and Elena Fisher from the Uncharted series of video games for the PlayStation. She also acted in Ghost Whisperer, Cold Case, Brothers & Sisters and Horizon Zero Dawn: The Frozen Wilds. She is married to Dariek Morgan since 2009 and has three children.