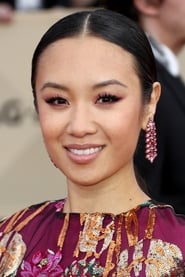 Ellen Wong was born in Ontario, Canada. The first film she watched in a movie theatre was "Titanic". Her favourite actress is Kate Winslet. Her first role was on the award winning television series "This is Wonderland". She is best known for her role as Knives Chau in "Scott Pilgrim VS The World", starring alongside Michael Cera, Mary Elizabeth Winstead and Jason Schwartzman. She auditioned... Read more