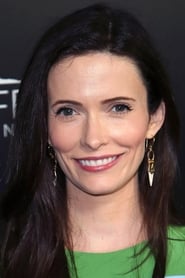 Elizabeth Andrea "Bitsie" Tulloch (born January 19, 1981) is an American actress. She is known for her roles as Juliette Silverton/Eve in the NBC television series Grimm, and as Lois Lane in The CWArrowverse shows, including the television series Superman & Lois. ... Source: Article "Bitsie Tulloch" from Wikipedia in english, licensed under CC-BY-SA 3.0.