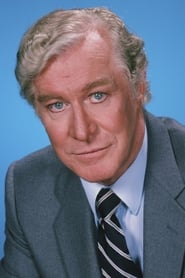 Edward Mulhare was an Irish popular television leading man from 1956 to 1995.

Born at 22 Quaker Road, Cork City, County Cork, Ireland, and educated by the Irish Christian Brothers, Mulhare intended to study medicine, but was sidetracked by a growing interest in acting. After acting in various Irish venues including The Gate Theatre in Dublin, he moved to London where he worked with Orson... Read more