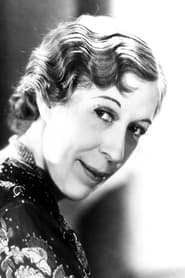 Edna May Oliver (November 9, 1883 – November 9, 1942) was an American stage and film actress. During the 1930s, she was one of the best-known character actresses in American films, often playing tart-tongued spinsters.

​She was born Edna May Nutter in Malden, Massachusetts. The daughter of Ida May and Charles Edward Nutter, Edna was a descendant of the 6th American president John Quincy... Read more