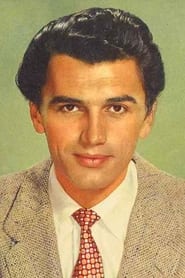 Edmund Anthony Cutlar Purdom (19 December 1924 – 1 January 2009) was an English actor, voice artist, and director. He worked first on stage in Britain, performing various works by Shakespeare, then later in America on Broadway, until making his way to Hollywood, and eventually spent the remainder of his life appearing in Italian cinema. He is perhaps best known for his starring role in... Read more