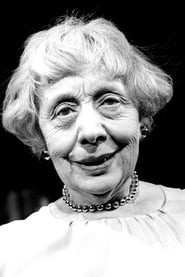 Dame Edith Mary Evans, DBE (8 February 1888 – 14 October 1976) was a British actress. She was known for her work on the British stage. She also appeared in a number of films, for which she received three Academy Award nominations, plus a BAFTA and a Golden Globe award.

Evans was particularly effective at portraying haughty aristocratic ladies, as in two of her most famous roles: Lady... Read more