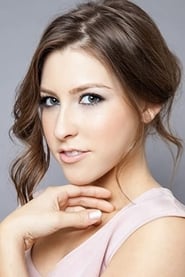 Eden Rebecca Sher is an American actress, best known for her roles as Sue Heck on the ABC family sitcom series The Middle (2009–2018) and as Star Butterfly on the Disney XD / Disney Channel animated fantasy dramedy series Star vs. the Forces of Evil (2015–2019). She won the 2013 Critics' Choice Television Award for Best Supporting Actress in a Comedy Series for her performance in The Middle.