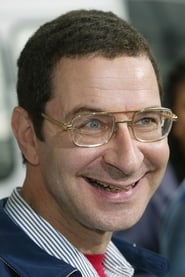 Eddie Deezen (born March 6, 1958) is an American character actor, voice actor and comedian, best known for his bit parts as nerd characters in 1970s and 1980s films such as Grease, Grease 2, Midnight Madness, 1941 and WarGames, as well as for larger roles in a number of independent cult films, including Surf II: The End of the Trilogy and I Wanna Hold Your Hand.