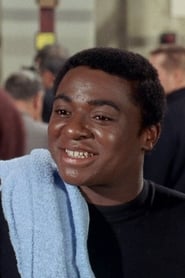 D'Urville Martin (February 11, 1939 – May 28, 1984) was an American actor and director in both film and television. He appeared with regularity in numerous 1970s movies in the blaxploitation genre of films. Born in New York City, D'urville began his career in the mid 1960s, soon becoming a prominent recurring figure in the genre. Martin acted in several movies of the time, including... Read more