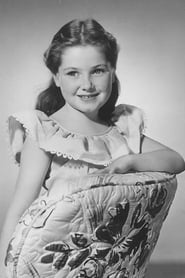 Donna Corcoran, (born September 29, 1942) is a former child actress who appeared in several Hollywood films of the early 1950s. She most notably appeared in several aquatic musicals that featured Esther Williams (playing swimmer Annette Kellerman as a child in one of them),and as a vulnerable girl being victimized by an emotionally disturbed babysitter (played by Marilyn Monroe) in a... Read more