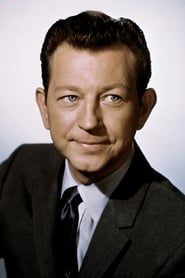 Donald O’Connor (August 28, 1925 - September 27, 2003) was an American dancer, singer, and actor who came to fame in a series of movies in which he co-starred alternately with Gloria Jean, Peggy Ryan, and Francis the Talking Mule. He is best known today for his role in Singin' in the Rain.