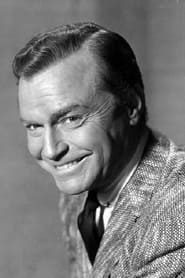 Donald Barry went from the stage to the screen. After four years of playing villains and henchmen at various studios, Barry got the role that changed his image: Red Ryder in the Republic Pictures serial Adventures of Red Ryder (1940). Although he had appeared in westerns for two years or so, this was the one that kept him there. He acquired the nickname "Red" from his association with the Red... Read more