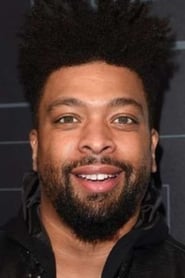 DeRay Davis (born Antwan DeRay Davis) is an American stand-up comedian and actor. DeRay began his career in the comedy clubs. Shortly after moving to Los Angeles, He won the Comedy Central Laugh Riots Competition and was a standout on the Cedric the Entertainer Tour.[1] Best known for his role as Ray-Ray the Hustle Guy in Barbershop and Barbershop 2: Back in Business, Davis has also... Read more