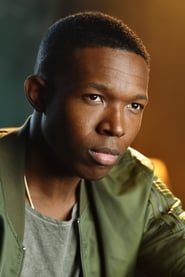 Denzel Dominique Whitaker (born June 15, 1990) is an American actor, playing key roles in the films The Great Debaters and Training Day, as well as TV shows ER, Brothers & Sisters and The War At Home. He later went on to be a featured cast member during the tenth and final season of the Nickelodeon sketch-comedy series All That. He was also in the Disney Channel Original Movie, Dadnapped. He... Read more