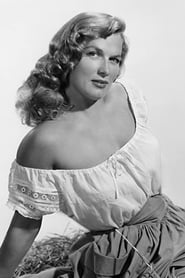 Denise Darcel was a French vaudevillian, actress and singer, who from 1948 through 1963, appeared in films in Hollywood, and briefly on theatre, television and radio. Darcel's debut on the legitimate stage came in 1950, when she appeared in Pardon Our French, premiering October 5th, at the Broadway Theatre. Her first film appearance of note was in Battleground (1949). She made quite an... Read more