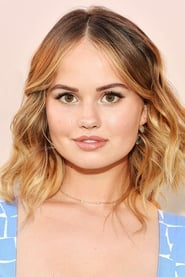 Deborah Ann Ryan (born May 13, 1993) is an American actress and singer. Ryan started acting in professional theatres at the age of seven; in 2007 she appeared in the Barney & Friends straight-to-DVD film Barney: Let's Go to the Firehouse and then was discovered in a nationwide search by Disney. She is also known for appearing in the 2008 feature film The Longshots as Edith. From 2008 to 2011,... Read more