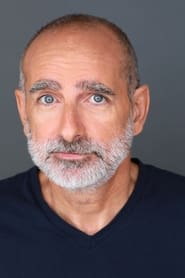 Dean Cameron (born Dean Eikleberry on December 25, 1962, in Morrison, Illinois) is an American television and film actor. He is best known for his role as Francis "Chainsaw" Gremp in the 1987 Mark Harmon comedy Summer School.

Dean has starred in some short-lived television series like Spencer (1984), Fast Times (1986, a spinoff of the 1982 film Fast Times at Ridgemont High), They Came from... Read more