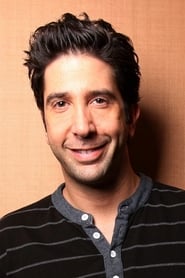 David Lawrence Schwimmer (born November 2, 1966) is an American actor and director of television and film. He was born in New York, and his family moved to Los Angeles when he was two. He began his acting career performing in school plays at Beverly Hills High School. In 1988, he graduated from Northwestern University with a Bachelor of Arts degree in theater and speech. After graduation,... Read more