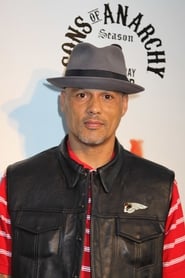 David Labrava started his Hollywood career as a camera operator for the Zalman King Company (Red Shoe Diaries, 9 1/2 weeks, In God's Hands), where he learned script writing. He starred in the series Whiplash ZK as the host. He did an independent project entitled FTW for Picture Perfect Productions, and starred in Fencewalker, the new film from Chris Carter (The X-Files).

David has been riding... Read more