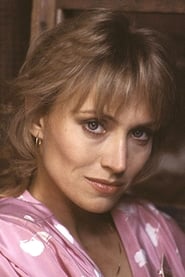 Darlanne Fluegel born in Wilkes-Barre, Pennsylvania on November 25, 1953.  She is an American actress.

Fluegel appeared in the TV series Crime Story and the final season of Hunter. She was featured in Sergio Leone's 1984 film Once Upon a Time in America as Robert De Niro's girlfriend Eve (credited as "Darlanne Fleugel"),[1] and in 1986's Tough Guys as Kirk Douglas' girlfriend. In 1985... Read more