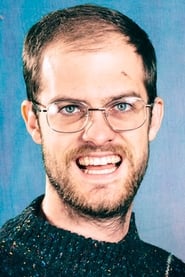 Daniel Scheinert is best known as the redneck half of the writing/ directing duo DANIELS along with Daniel Kwan. Together they won Best Director at Sundance 2016 for their feature film Swiss Army Man, and Best Director at the MTV VMAs 2014 for “Turn Down for What.” Scheinert was born and raised in Alabama, and plays the titular role in his latest film, The Death of Dick Long because the screenwriter Billy Chew dared him to.