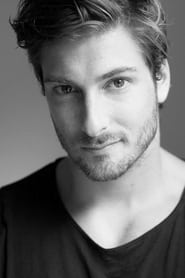 Daniel Lissing is an Australian actor, born and raised on the beaches of Sydney. He landed his first U.S role in 2012 on ABC's Last Resort (2012) then went on to star in Hallmark's When Calls the Heart (2014).

Daniel's credits in Australia include being a series regular on Crownies (2011), plus playing the lead role in the feature film, The Cure (2014). Additional credits include the feature... Read more