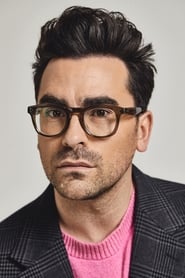 Dan Levy began his television career as a co-host of MTV Canada's flagship show MTV Live and later co-wrote, co-hosted, and co-produced the critically acclaimed ratings hit The After Show and its various incarnations including The Hills: The After Show and The City: Live After Show. Levy also wrote, produced, and starred in his own Christmas Special for MTV, Daniel Levy's Holi-Do's & Don'ts... Read more